15 Years After Thomas Hearings,
They Still Don’t Get it 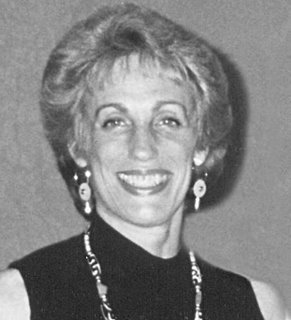 It’s been 15 years since the Clarence Thomas hearings, and Congressional leaders still don’t get the issue of sexual harassment.

Just take a look at the Mark Foley Scandal.

Those in charge have been so busy pointing fingers, it’s no wonder their solution is an 800-hotline for pages to contact the FBI. Imagine the menu of options: "If you received an instant message, press one. For emails, hit two. Press three if the Congressman showed up drunk outside your residence." Note this is the same FBI that had notice of sexually suggestive emails last July and took no action.

Unfortunately, Hastert and company are not alone in their bungling.

* Suzanne Swift joined the armed forces, only to experience sexual harassment from three superior officers in Iraq. Swift reported an incident to an Equal Opportunity officer; nothing happened. The second was a squad leader, who Swift said had "singled me out as the person he would have sex with during deployment." Only 19, she "first fell for it," then broke it off – and suffered multiple forms of retaliation. After she reported the third officer, some action was taken – but she was accused of sleeping with the man, told to read the policy on honesty and attend role plays on preventing harassment. Once on leave, Swift found herself unable to return to Iraq. She faces court martial.

* An aide to a big city mayor called the personnel office to ask how to file a sexual harassment complaint against him. The personnel officer told her a form would be mailed -- then promptly called the mayor’s chief of staff, who alerted the entire staff. The aide claimed the mayor assaulted her nine times over five years. The mayor held a press conference to apologize for a "consensual affair," claiming it wasn’t harassment because the two were "equals." Besides, his supporters maintained, she was a smart woman who knew the law – why hadn’t she come forward earlier?

* Two women engineers at a well-respected company put up with nudie posters and crude talk as the only females among 50 males. Then one of the women was arranged for to accompany her boss on a long car ride to another state – something outside her job description. The manager engaged in a steady stream of sexual talk, including frequent requests to stop for wine and a hot tub. When the employee complained to the head of HR, she was told, "What happens off company property is outside our purview."

In each case, what’s lacking is an understanding of POWER. Whether for purposes of sexual gratification or the more common purpose of humiliation and degradation, sexual harassment is an abuse of power. That very imbalance makes it harder for those targeted by the behavior to take formal action or to make it stop. Fifteen years ago Senators expressed amazement that Anita Hill had sporadically stayed in touch with the man she said harassed her. They were clueless about the impact such a powerful man could have on one’s career even years later. Similarly, former pages have been quoted as saying they didn’t want to cause a rupture with a well-connected Congressman.

Many think the Thomas hearings spurred a major transformation in U.S. businesses and schools. Some employers and school districts did get the message and have taken significant steps to educate at every level and to establish meaningful channels for reporting and investigating a complaint. But many have taken no or only token action.

Those guilty in the Foley fiasco should face appropriate consequences. But leaders in Congress and elsewhere should take corrective steps, including the following:

* Ensure that every complaint will be taken seriously, while preserving due process for those accused. What first gets reported may well be the tip of the iceberg.

* Arrange meaningful training for anyone involved in handling complaints.

* Establish an outside, wholly independent investigation mechanism for complaints involving powerful, high-level people like elected officials or senior executives. Those affected should have direct access to the independent investigator to lodge the complaint, rather than having to rely on cronies whose own jobs may be in jeopardy depending on the outcome. 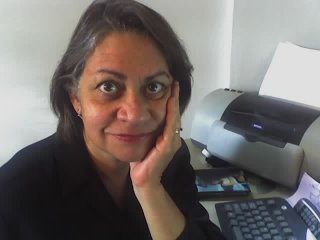 Last year, the Economic Policy Institute (EPI) looked at home economics in 439 communities across the nation. The bare-bones budgets for families with one or two parents and up to three small kids left no room for luxuries: housing was considered safe and sanitary but at HUD’s 40th percentile of local rents; the USDA low-cost food plan included no fast food or restaurant meals; and transportation mileage was solely for work, shopping and church. Health costs were based on the lowest insurance quotes, and tax calculations included any additional income provided by the Earned Income Tax Credit. They found that a one-parent, one-child family in rural Ohio needed $23,952 to make ends meet in 2004. By contrast, the poverty threshold for a family of this size was $13,020. A family with two small kids and two parents in Cleveland needed $45,972, which was 240 percent of the poverty line of $19,157.

Why is there such a wide difference between the poverty threshold and a bare-bones basic family budget? For one thing, they measure different things. Poverty thresholds are an absolute measure of income that does not reflect the varying prices faced by families across the nation. Family budgets measure the relative costs necessary to secure a safe and decent standard of living wherever a family may live.

The poverty threshold, developed in the 1960s, is based on the annual minimum cost of food for a person or family, multiplied times three. It reflects family size and is updated for inflation, but does not reflect additional costs borne by families in which two parents work. EPI found that for families with young children in Ohio, transportation and child care alone may take more than 40 percent of the family budget. A two-parent, two-child family in Steubenville, for example, needs a monthly income of $3,419 to make ends meet. About a third of this budget ($1,111) is needed for good child care. Another 11 percent ($375) is needed for transportation. Many low-wage jobs do not provide the income to cover these two basic budget items.

An Ohio parent earning $7.25 per hour brings home $1,257 per month, and if both parents earn that rate of pay, the monthly family income is $2,513. If they have two young children in child care, they are making less than they need for a safe and decent standard of living anywhere in the state. Like many working families, they are forced to make hard choices about where to save. They may not be living in poverty, but they face a kind of economic hardship that makes it hard to stabilize income in the face of common mishaps: the car that breaks down, the pink slip, or the child care arrangement that falls through, incurring the need for a steep down-payment to a new sitter or center.

Even in the best of times, many parents in low-wage jobs will not earn enough market-based income to meet their family's basic needs. When work income is not enough, publicly provided work supports such as child care subsidies are needed to assist families making hard choices. The basic family budget study highlights that such work supports are crucial to narrowing the gap between earnings and needs. It also demonstrates that the poverty threshold, which sets the bar for such subsidies, must be updated to better reflect the real costs faced by low income workers and their families.

Multiple other solutions could be implemented to assist hardworking families struggling to get by, from an increased minimum wage, to adoption of a state Earned Income Credit, to more public investments in early childhood education. We should consider any or all of these options to create an Ohio that works better for all.
------------------------
Patton is a policy liaison for Policy Matters Ohio.
Posted by National Women's Editorial Forum at 11:27 AM No comments: