In McAllen, Texas, Martha Sanchez doesn't dare drink the water that runs out of the tap, for fear of getting sick. In Augusta, Georgia, Sunny Johnson, a single mother of two, thinks that working full-time as a certified nursing assistant should earn her a wage that puts her above the poverty line. (It doesn't.) In San Francisco, California, Cathleen Muhammad wants justice and good health for her children, who appear to have been made seriously ill by exposure to asbestos from a nearby construction site.

These three stories exemplify the different struggles families are facing in America today; meanwhile we have 37 million people -- 7.7 million families -- living in poverty.

As the country prepares to elect the next president of the United States pundits and politicians will certainly talk about 'working families' -- 'middle class families' -- and 'poor families.' Isn't it time we address the needs of America's families collectively?

All families despite their economic status -- be they two parent or single parent families -- share the same goal: to provide for their families and ensure a bright future for their children. America's families rise and fall together.

Last year, Marguerite Casey Foundation launched the Equal Voice for America's Families campaign -- a campaign designed to hear directly from families as to the challenges they face and to change how we as a country address the social and economic needs of our families.

Between January and June 2008, approximately 12,000 families from diverse backgrounds, often with children in tow, gave up their weekends and evenings to participate in 65 Equal Voice town hall meetings held across America. At each town hall meeting, they were inspired, engaged and motivated. Families conveyed not only a sense of urgency but also their desire to be directly involved in the creation of policies that affect them -- to be drivers of change.

They tied family stability to living-wage jobs, affordable housing, quality healthcare and education. They let us know that their well-being is not tied to a single issue and that piecemeal solutions have failed to address the complexities of their lives. The testimonies of families at the town hall meetings have been synthesized into a cohesive National Family Platform.

On September 6, 2008, at a multicity convention of 15,000 families in Birmingham, Chicago and Los Angeles, we will release the Equal Voice for America's Families National Family Platform and call on the country, lawmakers and the next president of the United States to adopt a comprehensive approach to addressing the issues and challenges that families face.

Families are the backbone of our nation and no family should live in poverty. Everyone who works hard should be able to advance and participate fully in the economic, political, and cultural life of the nation. To do so America's families need income equality and the opportunity to build wealth to insure upward mobility and equal outcomes.

We can no longer ignore that single issued policy solutions are failing families. The needs of families must be addressed universally. 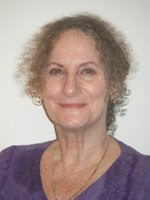 The federal government has continually failed to address fundamental, structural problems with the country’s broken immigration system. Missouri’s leadership hasn’t done us any favors either by approving the Illegal Aliens and Immigration Status Verification law. This law does not adequately deal with Congress’ failures to provide options for employers to hire legal workers or to keep families together because an “enforcement-only” approach is not a viable solution.

There are three main problems with the new law.

First, the Missouri State Highway Patrol will now be required to designate at least some of its officers for training with the Department of Homeland Security in order to enforce federal immigration laws – a measure which not only redirects already limited law enforcement funding to target minor traffic violations, but also encourages racial profiling, as more motorists are stopped for “Driving While Foreign” violations. Additionally, such agreements instill a mistrust of police within immigrant communities, resulting in increased victimization of immigrants, who are already too afraid to report many crimes, or to come forward as witnesses to others.

Second, Missouri municipalities are prohibited from enacting “sanctuary policies” and are denied state funding if they are found to be in violation of this policy. The term “sanctuary policy” is ambiguously defined and a complaint of any state resident can initiate an investigation, which is ultimately decided by the Attorney General’s opinion. The lack of guidelines coupled with the consequence of withheld state funding make this policy potentially disastrous for municipalities across the state.

Finally, participation in the federal work authorization program E-Verify is required for a broad spectrum of employers. E-Verify is a result of the latest in a growing patchwork of state immigration laws employers are forced to navigate. Many fear that the growing number of regulatory burdens imposed by state laws will drive existing businesses to relocate, and deter new businesses from operating in Missouri.

In addition to the added cost of an e-Verify system are the headaches associated with a system that is still very flawed. Missouri is now one of only five states mandating the use of E-Verify (proposals are pending in 13 other states) even though a recent Immigration Policy Center report cited a 4.1 percent error rate in the system. Although these errors can and do affect immigrant workers, many of them involve U.S. citizens. All of them are unacceptable if they keep lawfully authorized immigrants or citizens from working.

The Illegal Aliens and Immigration Status Verification law changed several laws regarding undocumented immigrants and immigration status verification and duplicates several provisions of ineffective federal laws that have already been in place since 1996. It also presents additional challenges to businesses and employers which will only deter growth in this time of economic uncertainty. 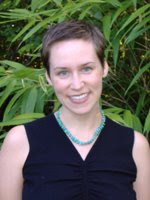 This week the words of Wendell Berry come to mind: “We concluded in 1945, after our atomic bombing of Hiroshima and Nagasaki, that we had made war ‘unthinkable’ -- and we have gone on thinking of it, preparing for it, fighting it, suffering and profiting from it ever since.” Who could have imagined, in the midst of a disastrous war in Iraq, that we would be in such desperate need of remembering Hiroshima and Nagasaki? After all, war is utterly destructive and incredibly costly -- win, lose or draw.

And yet, according to former chief UN weapons inspector Scott Ritter, “the war between the United States and Iran is on.” More than 230 members of Congress are co-sponsoring a proposal, which includes language that sounds an awful lot like a unilateral naval blockade of Iran -- deemed by the UN to constitute an act of war unless sanctioned by a Security Council resolution. And in case you missed it, Congress already approved $400 million to fund a major escalation of covert operations against Iran (which may include a major air attack and a nuclear option).

Initially dismissed by the American public as absurd and implausible, war with Iran remains an abiding concern to those closest to the Bush administration. Secretary of Defense Robert Gates has long favored talks with Iran while strongly discouraging military action. In an off-the-record lunch meeting with the Democratic caucus in the Senate, one senator recalls that Secretary Gates warned of the consequences of a pre-emptive strike on Iran, saying “We’ll create generations of jihadists, and our grandchildren will be battling our enemies here in America.” Admiral Fallon, described by Esquire magazine as the only thing standing between the Bush Administration and war with Iran, resigned from his role as Commander of the U.S. Central Command, citing complications with the administration. Meanwhile, the gang of five former secretaries of State -- Colin Powell, Henry Kissinger, James Baker, Warren Christopher, and Madeline Albright -- recently urged the U.S. to open a line of dialogue with Iran. “One has to talk with adversaries,” said Kissinger.

In January, Kissinger joined Sam Nunn, George Shultz, and William Perry to call for the global elimination of nuclear weapons. The elephant in the room, of course, is what Mohamed El-Baradei, head of the IAEA, calls “the unworkable notion that it is morally reprehensible for some countries to pursue nuclear weapons but morally acceptable for others to rely on them.” Even if most Americans agree that Iran should not have a nuclear weapon, we’ve surrendered the moral high ground with our cache of thousands of nuclear warheads, which we maintain to the tune of $16 billion annually. In May, 79 Protestant, Catholic, Jewish, and Muslim groups joined together to oppose the Bush administration’s plans to reactivate the U.S. nuclear weapons infrastructure and build new nuclear bomb plant facilities. These people of faith agree that the manufacture and use of nuclear weapons is ultimately a spiritual failure and rising up from under the shadow of nuclear weapons will require political and moral courage.

Thankfully, members of Congress are slowly withdrawing their support under the pressure of Americans resisting yet another rush to war. A preemptive strike with the purpose of preventing the development of a nuclear Iran might be the legacy that Bush seeks, but it would be catastrophic for our nation and our grandchildren. And arming militant dissident groups opposed to the Iranian government in a covert operation funded by taxpayers is the very strategy we used to arm dangerous warlords in Afghanistan.