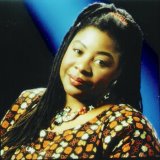 If Georgia's lawmakers are smart, they'll take a lesson from the people of South Dakota, who having voted on a ballot measure in last month's election, rejected their legislature's abortion ban. Legislators would do well instead to embrace the cause of reproductive justice, which amounts to nothing less than basic human rights for all the people of our state.

Believe it or not, a majority of Georgia's voters are pro-choice. But that hasn't stopped one legislator from proposing one of the most sweeping anti-choice laws ever written -- one that would outlaw virtually all abortions, even those performed to save the life of the pregnant woman, and including those performed in cases of pregnancy resulting from rape and incest.

It's not as if a procedure to terminate a pregnancy is easily obtained in Georgia. Our restrictive and often discriminatory body of law aimed at women's bodies has resulted in a lack of access to abortion in 94 percent of our counties.

Meanwhile, still pending is a proposal that would prohibit young people from obtaining any form of contraception without parental consent. So restrictive is this law that a young woman in possession of a rhythm chart would be found to be in violation of the law.

Believers in reproductive justice push to create the conditions and opportunities that allow women to make responsible life decisions from a range of options: opportunities to work for living wages, opportunities for affordable quality education, responsive and accessible public services such as good health care, quality schools, and accessible and affordable child care, freedom from personal and state violence, and environmentally safe communities.

Reproductive justice rests on the full achievement and protection of women's human rights. In the realm of reproductive justice, the prevention of pregnancy and childbirth exist within an array of other options that facilitate the complete physical, mental, spiritual, political, social, environmental and economic well-being of women and their children. It is equally important to fight for the right to have a child, the right not to have a child and the right to adequate resources and time for parenting the children we have.

Preliminary results from the 2006 election exit polls show the American people, and women in particular, are focused on fundamental human rights. Legislators who ignore this trend do so at their peril. As this era of change takes hold in the nation, now is not the time to settle for less; it's time to demand more.