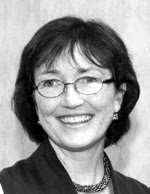 Look Who's Watching Now
By: Kathleen Taylor
A couple went into an exercise equipment store to buy a treadmill. They found one they liked, and applied for financing. The bank representative told them—in front of other customers —that because the husband’s name is Hussein, they would have to wait 72 hours for an extra identity check “because of Saddam Hussein.”
A case of unlawful discrimination based on ethnic or national origin? Not these days! Not only was this incident legal; it was encouraged by the federal government.
This and other disturbing anecdotes were documented in a recent report by the Lawyers’ Committee for Civil Rights of the San Francisco Bay Area. The report focused on the unintended effects of the Office of Foreign Asset Controls (OFAC) list maintained by the U.S. Treasury Department.
The OFAC list includes more than 6,000 names of people and businesses that allegedly “have ties” to criminal or terrorist groups. Banks, lenders and other companies are forbidden from doing business with persons on the list, or face years in jail and millions of dollars in penalties.
Trouble is, many more than 6,000 people carry those names or names that are very similar. Businesses, eager to avoid legal trouble, are aggressively matching names to the Treasury Department list during credit checks, often declining to do business even if a person’s name is only partially the same. As a result, countless numbers of people with common names like Muhammad or Sanchez are being denied or delayed access to rental cars, mortgages, credit, insurance and other everyday services.
If this sounds a lot like the “No Fly” list, its because its basically the same idea, with all the same problems. It is notoriously easy to be placed on the No Fly list and nearly impossible to get off. Congress was supposed to have reformed the No Fly list so that people could get their names removed if they could “prove” their innocence. That didn’t quite happen though. The Transportation Security Agency does offer people the chance to send copies of identification to prove that they are not the people on the No Fly list. But that does not actually get one’s name off the list, it merely puts it on another list that airlines can use to cross-reference. The end result is still a delay at the airport, and the inability to self-check at the counter.
Besides the No Fly list, the government maintains an unknown number of other watch lists—databases of names or organizations—used by law enforcement and other agencies to find or monitor people or groups. The lists could include everything from details of confirmed fugitives to second-hand reports of people with tenuous connections to crime or terrorism.
The lists act as a government accusation of wrongdoing, without giving people due process or an opportunity to defend themselves. In effect, they become blacklists, stigmatizing people who may not have any connection whatsoever to crime or terrorism.
Nobody really knows how the government puts people or groups on its watch lists. Nobody knows who keeps them, and only rarely how to get a name removed. What we do know—through news accounts and public records requests—is that these watch lists are multiplying, accumulating more records on hundreds of thousands, maybe millions of people.
So what can we do? The first step is to shed light on what the government is doing. We have very little idea of what lists exist, what information they hold, and how that information is used. Congress should use its powers of oversight to review these programs, ensure that they are legal, and that they respect due process and privacy.
Part of that oversight must include creating a system to fix problems in the watch lists. People who have been wrongly included must have a way to remove their names. Lists need to have a specific, reasonable purpose; government and businesses need to be held accountable when they misuse watch lists for any other reason. The people who run or use these lists need to be properly trained and screened for the job.
It’s important to remember that watch lists don’t keep people safe. At heart, a watch list is an electronic tool, imperfect, without common sense, experience or good judgment, as the results have shown. Ultimately, Americans need to restore their confidence in a free society and forsake the illusions of false security.
-----------------------------------------------------------------------------
Taylor is the Executive Director of the ACLU of Washington
Posted by National Women's Editorial Forum at 6:44 AM No comments: 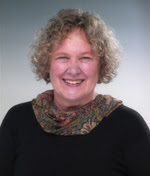 Contraception and Health Insurance:
The Bush Judiciary and Democracy

By Sylvia A. Law

Whatever happens in the 2008 elections, the federal judiciary will be a lasting legacy of George W. Bush. While the implications of his nominees to the federal bench are still being watched, Bush’s judiciary changes will not be limited to the Supreme Court or simply abortion. On March 15, a divided panel of the Eighth Circuit Court of Appeals held that Title’s VII’s prohibition against gender discrimination does not protect women’s access to contraception.

Is it sex discrimination if a company provides coverage for the most common prescription drugs, but excludes prescriptions women need to prevent pregnancy? In the 1990s, coverage of birth control through insurance plans was spotty—some plans failed to cover any contraceptives under the guise of not paying for “preventive care.” Other insurers treated birth control as medically unnecessary “cosmetic,” like skin cream.

So women began to challenge the contraception exclusions with solid evidence. Without contraception the average women is likely to become pregnant 12 to 15 times over the course of her life. In any given year, 85 out of 100 sexually-active women of childbearing age will become pregnant if they don’t use contraception. Child birth, after all, typically costs insurers more than birth control pills. In response in 2000, the U.S. Equal Employment Opportunity Commission (EEOC), interpreting federal anti-discrimination law, found the exclusion of prescription contraception from otherwise comprehensive coverage for prescription drugs to be an act of sex discrimination. Since 2001, several lower federal courts have reached the same conclusion. Thanks to these legal victories and passage of contraception coverage laws in the states, many employers now cover the costs of contraception, recognizing that the old practice of excluding it from health plans is both discriminatory and fiscally irrational.

Now the Eighth Circuit reverses this tremendous progress for women. Judge Raymond Gruender, a recent Bush appointee, used remarkably weak reasoning his decision, writing that: “Contraception is not related to pregnancy . . . and is gender-neutral.”

What this means is that employers can take away benefits for birth control, even if they cover all other preventive care and Rogaine and Viagra for men.

Women have historically been routinely marginalized based on stereotypes they would “just get pregnant and leave the workforce” and the like. It was Ruth Bader Ginsburg, who 35 years ago was our leading women’s rights lawyer, who asked the Supreme Court to consider the claims of competent women, including an accomplished Air Force pilot, who were forced to leave their jobs because they were pregnant.

When the Court finally spoke to the issue of pregnancy and gender equality, it was in the context of health and disability benefits. In 1974 a divided Supreme Court held that denying medical and disability insurance for medical problems related to pregnancy was not a form sex discrimination prohibited by the Equal Protection Clause. Two years later, a divided Court similarly held an employer’s otherwise comprehensive insurance program that excluded pregnancy-related disabilities from coverage was not sex discrimination prohibited by Title VII of the Civil Rights Act of 1964. In upholding these exclusions, the Court said, “the program divides potential recipients into two groups—pregnant women and non-pregnant persons.”

Americans were not fooled by the Supreme Court’s thinly veiled assertion that pregnancy has nothing to do with gender. Thousands petitioned Congress to overturn the reasoning and result of these Court decisions. In response, Congress adopted the 1978 Pregnancy Discrimination Act, which recognizes a woman’s capacity for pregnancy is a defining element of sex. Employers can no longer use pregnancy as a basis for discriminating against female workers.

The Eighth Circuit both ignores and repeats history. Then and now, the courts held that the health plans before them “treat men and women the same,” ignoring the biological reality that only women get pregnant. Then and now, dissenting judges urged their brethren to interpret the law to recognize the capacity for pregnancy as a defining element of gender. Then and now, the dissenters were outvoted by slim margins.

It has become apparent that the Bush judiciary will not be sympathetic to civil rights or women’s health. Fortunately, courts are not the final arbiters of social policy. An overwhelming majority of Americans understand contraception is essential to women’s health and believe health insurance should cover it. If we can no longer count on the courts to protect basic rights and liberties then we must call on Congress reverse the Eighth Circuit decision.