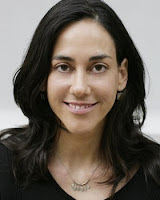 Last week, leaders of the world’s richest countries, the Group of Eight (G8), met to chart the course of the global economy at the luxurious Windsor Hotel Toya Resort and Spa in Toyako, Japan. While President Bush and his colleagues discussed world hunger over a six-course lunch, women in Haiti were preparing cakes of dirt for their children’s dinner.

Eating dirt, mixed with salt and vegetable shortening, is the latest coping strategy of Haitian mothers trying to quiet hungry children in a year when the cost of rice (Haiti’s staple food) has risen nearly 150 percent.

Ironically, many of these women were once rice farmers themselves. But in the 1980s, U.S.-grown rice began pouring into Haiti. Thanks to federal subsidies, the imported rice was sold for less than what it cost to grow it. Haitian farmers just couldn’t compete.

Neither could millions of other farmers around the world, who have been bankrupted by the influx of rice, corn, and wheat from the U.S., Europe and Japan. These farmers have gone from growing their own food and feeding their countries to having to buy food that’s priced on a global market. Now that these commodity markets have spiked, millions of more families cannot afford to eat.

Even here in the U.S., still the world’s richest country, more and more families are struggling to afford food these days. Thankfully, we are not forced to feed our children mud cakes. But ultimately, all working families and small farmers, whether in Haiti or Iowa, are hurt by farm policies that are designed for the benefit of giant food corporations.

Consider the U.S. grain subsidies that have pushed so many Haitian families to the brink of survival. They have also hurt family farmers here at home. That’s because the lion’s share of this $307 billion goes to the largest factory farms, leaving small-holder farmers to fend for themselves.

As we saw last month, when floods wiped out hundreds of acres of crops in the Midwest, farming is a risky business. It’s the family farmers who don’t have much of a financial cushion that we should be protecting with subsidies.

The same goes for small-holder farmers in Haiti and other developing countries. Most of these farmers are women, are mothers, who like most moms in the U.S., are responsible for putting dinner on the table every day. In developing countries, these mothers often grow their family’s food from scratch.

The small-holder, women farmers had no say in the decisions that the G8 leaders’ made about the global food crisis. Yet, it turns out that they have a lot to say when it comes to finding solutions to the crisis they are facing.

Just before the G8 meeting, a network of women’s groups from Haiti, Nicaragua, Guatemala, and Colombia issued an open letter to the G8. Brought together by the international women’s human rights organization, MADRE, the women called on the G8 to support real solutions to the food crisis. They proposed concrete changes in the global economy, like international mechanisms to stabilize the cost of food and protect the livelihoods of farmers. They called for billion-dollar-a-day agricultural subsidies to be converted from support for big agribusiness to incentives for sustainable, small-scale and organic farms.

These are solid proposals backed up by research and years of first-hand experience in communities that are on the frontlines of today’s food crisis.

But instead of taking steps that could remedy the problem, the G8 plugged more of the same corporate-friendly trade and agriculture policies that brought on the food crisis in the first place.

G8 leaders called for more “open markets” in food trade. Openness sounds good, but in practice this means that poor countries can’t use tariffs to protect farmers from unfair competition.

The G8 also pushed for stricter patent laws. These rules take ownership of seeds -- the very basis of all agriculture -- away from small farmers and enable giant biotech companies like Monsanto to control our food supply.

The G8 did call for more aid to countries like Haiti that have been hard hit by the spike in food prices. That’s an important step when lives are at stake. But the money is to be administered through the International Monetary Fund, famous for making offers with strings attached. In this case, governments will be required to implement more of the kind of trade liberalization that hurts poor people and small farmers and has created record profits for big food corporations this year.

Thank you for raising the issue too often disregarded.

Soon, the free market will end.

During the first ten years of NAFTA, 1.5 million corn farmers, the traditional staple of Mexico, were put out of business by the big grain exportors (like ADM that boasts that "we feed the world"). These farmers migrated to big cities to live in shacks while they await being hired. In most cases, the men find no work, so their wives and daughters are hired as $.20/hour to sew 8 hours a day for six days a week for the big-name manufactures of designer clothes.

Not only does the G8 not have a plan for inclusive development, it forces the poor to get poorer (desperately facing starvation).

I fully agree: "It’s not corporate profits, but human rights --including the basic right to food -- that will underpin real solutions to the food crisis."

BUT WHO WILL STAND UP FOR THE POOR?